Around the turn of the 20th century, farming interest began development of the land today known as Orange County. Farms and factories were soon established and as farming intensified and prospered, a better drainage system was required. The Orange County Board of Supervisors formed several “drainage districts”. Eventually the drainage districts merged and the Orange County Flood Control District (OCFCD), was established May 23rd, 1927 under authorization of the Orange County Flood Control Act. The state statute was created to provide control of flood and storm waters of the district and streams flowing into the district (such as: the Santa Ana River, San Juan Creek, East Garden Grove-Wintersburg Channel and Santa Ana Delhi Channel); to mitigate the effects of tides and waves; and to protect the harbors, waterways, public highways and property in the district from such waterways.

It is the mission of the Orange County Flood Control District to “protect Orange County areas from the threat and damage of flooding”.

During the 1950’s and 1960’s and fueled by the “Baby Boomers”, urban sprawl began and suburbs were developed over agricultural fields. The infrastructure of drainage ditches once used for agriculture now needed improvement to the level of, flood control channels.

In 1968, the US Congress created the National Flood Insurance Program (NFIP). The criterion was established to provide 100-year flood protection. In 1972, the first Flood Insurance Rate Map (FIRM) was distributed; a majority of Orange County was in a flood zone. Since the creation of NFIP, OCFCD goal is to completely reduce the floodplain within OCFCD infrastructure by constructing flood control channels that convey 100-year flood protection, constructing retarding basins, pump stations and dams throughout the County. Over several decades, OCFCD has reduced and removed several areas from the floodplains. OCFCD continues to remove more floodplains.

Hydrologic and hydraulic data are obtained for specific floodplains; these floodplains are analyzed for elimination or reduction to containment within the flood control facility. Strategic planning, including preliminary engineering analysis and engineering reports, for the construction of channel segments for entire channel systems is developed; these channel segments are at the infancy stage of becoming a project.

Projects are nominated before the City Engineers Flood Control Advisory Committee (CEFCAC). The committee, composed of the OCFCD and cities, decide the best deployment of money and manpower to accomplish conservation of water and protection of existing public and private property from floods.

Channel projects which do not go through CEFCAC are sometimes designed and constructed by developers. The County of Orange allows for building in a floodplain, but specific regulations and requirements need to be followed. Developers at times will remove a floodplain to develop their tentative tract/parcel maps of homes and commercial buildings. The developers provide hydrologic and hydraulic data for the County to review. The developer also files a Letter of Map Revision (LOMR) with FEMA to remove the floodplain. 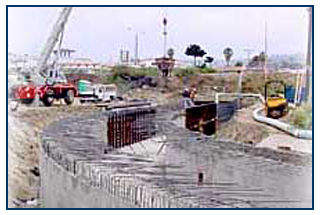 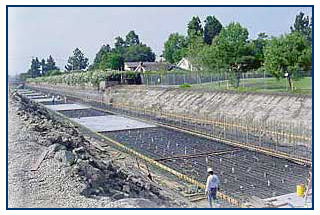 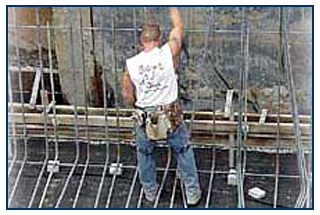 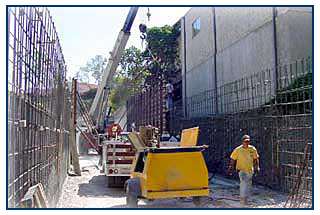